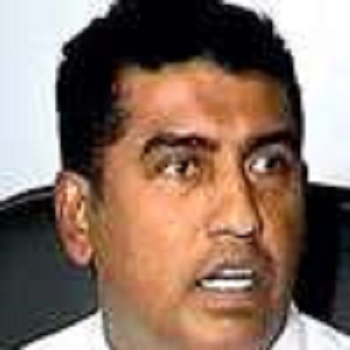 The Criminal Investigations Department (CID) conducting investigations into the attack on peaceful protesters at Temple Trees and Galle Face on May 9, has named former Minister, Johnston Fernando as a suspect of the magisterial inquiry currently being heard at the Colombo Fort Magistrate’s Court.

Additional Solicitor General Ayesha Jinasena, appearing for the CID informed Magistrate, Thilina Gamage that former Minister Johnston Fernando had delivered a speech in a manner inciting people to attack the protesters at MynaGoGama.

She further said the CID has also named three other individuals including Colombo Municipal Councilor Mahinda Kahandagama as suspects in the case after analyzing the evidence.

Meanwhile, the CID produced a Compact Disc containing the speech which is alleged to have been made by Johnston Fernando at Temple Trees on May 9. Accordingly, the Magistrate issued an order directing the Government Analyst to present an analytical report regarding this statement.