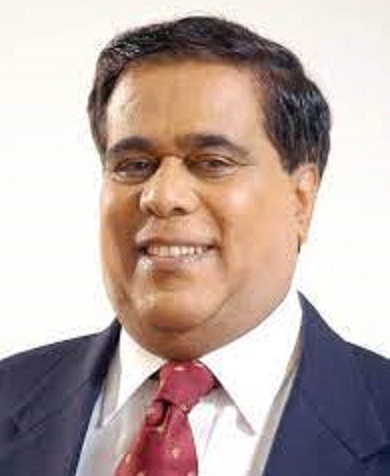 Nimal Siripala de Silva, the new Minister of Ports, Shipping and Aviation, recently exchanged these views with all trade unions of the Sri Lanka Ports Authority (SLPA) for the first time after assuming duties at the Ministry. He further stated that in his 50 years of political career he had never acted in accordance with political affiliations, never appointed chairmen of any corporation and has been involved only  in pure politics.

He said that as a true leader, he could not ignore the plight of the people at a time when the country was facing a major economic and social crisis. He also said that the situation could not be expected as  it was previously  and said that he was  aware  that it worsened  due to the policies of every government so far  and all those who have implemented such policies. He  emphasized that there was no point in talking of  the past when there existed a dire need  to build the future on the basis  of   present situation  in any way.

The Hon.Minister said that the decision to meet the trade unions and their leaders on the first day of his duties was more important to his Ministry than any other consideration.  He said that despite all means of implementations, when the people at work were not satisfied and have no obligation or honesty towards their roles and duties for the country, not only the country but also  the aspirations of the country would be destroyed without being fulfilled.

“Since my portfolio as  the Minister of Labor, I worked closely with the working class  of this country. By strengthening the employer-employee relationship, my efforts were successful in mobilizing  the masses refrain from strikes and protests. So, in particular, we must work to resolve the problems of the working class.  As a Minister, my foremost task is to identify the priorities of all those who work  in the port and to work closely with them.

The criticism leveled against every state institution in this country is waste, corruption and bribery. This can be stopped. I especially urge the trade union leaders to make me personally aware of any such waste, corruption or bribery as a matter of responsibility.

In my nearly 50 years of political life, I have never served relatives and  I have not brought any of my relatives into politics.

In particular, I gratefully accept all your suggestions and innovative ideas with regard to  development and administration  of this institution.  At this juncture, I greatly appreciate the efforts and actions waged against privatization of certain pivotal arms  of this institution and the achievements made thereby. I would also especially and appreciatively expect you all to be aware of  any challenge  that may arise when commencing the  terminals through local investment as well. Now is the time for all of us to come together with an understanding of these practical issues and work together productively and effectively for which I look forward to your continued support.

We must work to minimize all unnecessary expenses in this institution. People will be pleased with us and will have credibility over such implementations. Minimizing such expenditure should be attended after discussions with top officials including the Board of Directors on  such  expenses and benefits that include  corporate spending.

I hope we all understand the plight of the people in the fullest sense of the word and will be sensitive to these issues in some positive way.

My vision is that it is very important to have sound  relations and effective means in the ways we  manage with  our trade unions.  At the same time, it is very important to understand and act on the needs of the people of this country. Providing gas, electricity, fuel and food for the welfare of the masses  of the country is the main challenge of our government. Once such issues are resolved,  a general election can be held.  There, people can  act according to their own political views.  However, I sincerely hope that all of you, with such good  understanding, will  extend  us with the support we need until we fulfill providing  reliefs  to the masses  of our country to overcome  this economic crisis.

Port sector is an essential area for the development of the country. At the same time, we are challenged by countries like Singapore and India. Therefore, if we do not make our ports efficient and dynamic,  we will not be able to compete with the international community. My objective  is to expand this port into a port with a diverse staff effectively capable of competing with the international port sector and to develop this port to suit the future. We all should work together towards making necessary plans to fulfill this requirement”..