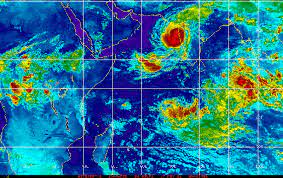 In light of the prevailing conditions, the National Building Research Organization (NBRO) has issued an early landslide warning. The identified locations of potential risk include Kalutara, Kandy, Kegalle, Matara, Nuwara Eliya and Ratnapura.

Further to this, the Dept. of Irrigation has issued a Flood Warning message amidst rising river levels. By analyzing the current rainfall situation and river water levels of Hydrological Stations in Kalu Ganga, they state that there is a possibility of occurring a considerable flood situation in lowline areas of Kalu Ganga and it’s tributary (specially Kuda Ganga and Maguru Ganga) situated in Pelmadulla, Nivithigala, Ratnapura, Kuruvita, Ayagama, Elapatha, Bulathsinhala and Palinda Nuwara D/S Divisions.

Precautions:
– People living in hilly areas (particularly landslide prone areas) and low-lying areas in
river basins are requested to be vigilant.
– Drivers and people using roads in hilly areas are requested to be vigilant.
– Take adequate precautions to minimize damages caused by lightning activity.
– Beware of fallen trees and power lines.
– Be alert on the advisories issued by the Department of Meteorology.