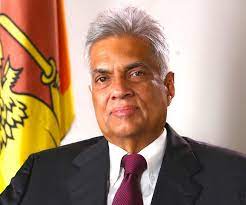 UNP Leader Ranil Wickremesinghe is scheduled to take oaths as the Prime Minister today at 6.30 pm our sources have reveled.

It has also been made to understand that Samagi Jana Balawegaya (SJB) MP Sarath Fonseka has categorically denied reports that  he is to accept any post in a government headed by President Gotabaya Rajapaksa.

Speaking to reporters in Colombo the Archbishop of Colombo expressed his displeasure  over the decision reportedly made by President Gotabaya Rajapaksa to appoint Ranil Wickremesinghe as the Prime Minister. His Eminence Malcolm Cardinal Ranjith said ” it can only happen with someone who is not a partisan person, who can win the confidence of all the citizens of this country”.

It is also reported that in the process, the Leader of Opposition Sajith Premadasa in a letter addressed to President Gotabaya Rajapaksa had informed him that he is ready to take up the position of Prime Minister and form an interim government.