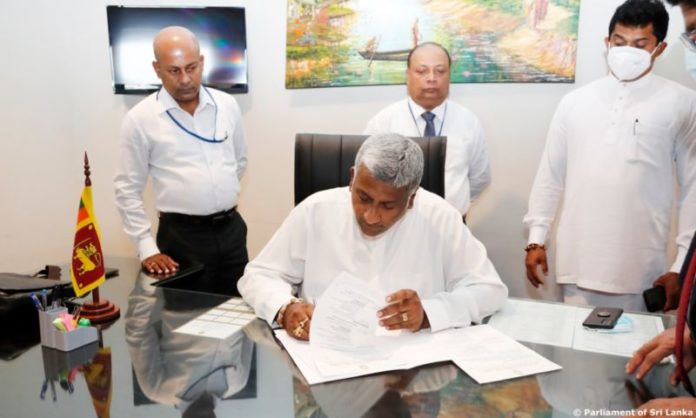 Minister of Public Security and Tourism Hon. Prasanna Ranatunga assumed duties as the Chief Government Whip at the Office in Parliament this morning (19).

Minister Hon.Prasanna Ranatunga is also the son of Hon. Reggie Ranatunga who previously held this post. He is an alumnus of Ananda College and has previously served as the Chief Minister of the Western Province.

After assuming duties, Mr. Ranatunga stated that his intention was to serve in the relevant post in accordance with the Constitution, while also protecting parliamentary traditions. He also pointed out that the government is taking all possible and necessary steps to move the government forward while maintaining the confidence of the people in the current situation.

Meanwhile, Minister Dinesh Gunawardena has been appointed as the Leader of the House in the Second Session of the Ninth Parliament with effect from yesterday (18), the Speaker announced in Parliament today.