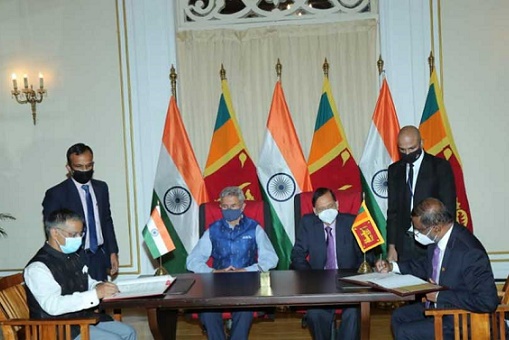 Sri Lanka and India has inked several agreements on the first day of a visit by India foreign minister S. Jaishankar including a controversial digital identity plan, in the style of a previous one which has led to opposition by freedom activists on the island.

Sri Lanka already has a unique identity (national identity card) which has been in use for decades for every citizen but a digital database will allow the island’s usually authoritative rulers to track minorities and pro-democracy workers, activists have warned.

A memorandum of understanding on the “implementation of Sri Lanka Unique Digital Identity (SL-UDI) programme with GOI’s grant assistance” has been signed, a statement from the Indian High Commission said.

The so-called ‘Indian big brother’ can undermine the hard-fought freedoms of citizens and may lead to a loss of goodwill built by India among the public in recent years, especially with the emergency ambulance projects, observers warn.

It is not clear if any consent architecture is available.

Opposition legislator Haren Fernando had already warned that attempts are underway to also set up a biometric database of citizens with Indian grant aid.

Sri Lank activists had previously gone to court against attempts to build a database of citizens and track their movements through financial or other transactions.

India is however helping Sri Lanka with credit lines after the country’s soft-peg (flexible exchange rate) got into its latest crisis after money was printed to keep interest rates down.

India is also wrapping up several agreements on which the island has given commitments and is also making sure that Chinese involvement in Sri Lanka does not threaten its defence interests and open a southern flank, political analysts say.

India has fought several border wars with China though bi-lateral trade has soared in recent years.

Among the agreements signed was to set up a Maritime Rescue Coordination Center which has also drawn some controversy.

An agreement was also signed on the “implementation of Hybrid Power Projects in three Islands off Jaffna,” the Indian High Commission said.

The full statement is reproduced below:

iii) MOU on implementation of Hybrid Power Projects in three Islands off Jaffna;