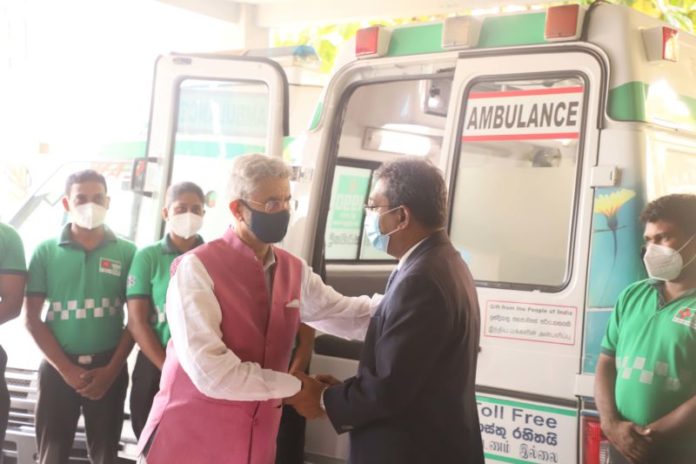 Dr. S Jaishankar, the Indian Foreign Minister, met with Dr. Harsha de Silva, founder of 1990 Suwaseriya, this afternoon (29) at the 1990 Headquarters in Rajagiriya. Dr. S Jaishankar reiterated his continued support to Sri Lanka and thanked Dr. Harsha de Silva for his commitment to 1990 Suwaseriya. Minister Sudarshani Fernandopulle and a group of officials including Chairman Dumindra Ratnayake were also present at the occasion.