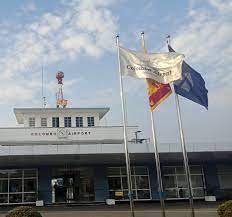 Moving ahead with the “Vistas of Prosperity and Splendour”, manifesto of His Excellency Gotabaya Rajapaksa, under the guidance of Hon. Mahinda Rajapaksa, Prime Minister of the Democratic Socialist Republic of Sri Lanka and the long-term objectives of Airport and Aviation Services (Sri Lanka) (Private) Limited to develop the airports and aviation industry of Sri Lanka, Colombo International Airport, Ratmalana (CIAR) marked a milestone event commencing “Scheduled International Regional Flight Operations” after five decades. In parallel to the commencement of flight operations, “the New Taxiway and Overlaid Apron” was declared open at Colombo International Airport, Ratmalana (CIAR) to facilitate smooth flight operations.

AASL implemented an aggressive strategy to utilize its resources effectively to contribute to the development of the aviation industry in Sri Lanka. As a result of pursuing the opportunities AASL was able to re-commence regional flight operations to the Maldives, connecting Colombo International Airport, Ratmalana after a period of 50 years.

Initially, the airline will operate scheduled flights, (Dash-8 aircraft with 50 seats) between Sri Lanka and the Maldives (Colombo) three times a week and the frequency will be increased up to five from May 2022 onwards.

Colombo International Airport, Ratmalana (CIAR) was the first international airport in Sri Lanka, established in 1935. CIAR is managed and operated by Airport and Aviation Services (Sri Lanka) (Private) Limited (AASL). The nation’s civil aviation industry emerged in 1930’s and the ceremonial opening of the Colombo Airport was held on 28th February 1938 by Governor Sir Andrew Caldecott with the launch of the Air Mail service between Colombo and Mumbai using the Mail Room at Ratmalana Aerodrome. During World War in 1940’s, the development and expansion of runway facilities were done under British rule. In 1947, international flights were operated by the country’s first national carrier – Air Ceylon, and later with the popularity of the international aviation industry, operations were shifted to the new airport at Katunayake from 1968. Ever since its establishment, the airport has been playing a pivotal role in the aviation industry of Sri Lanka as an exclusive gateway to Colombo, the Commercial Capital of Sri Lanka, and served as the domestic aviation hub of the country. In 2012, AASL declared Colombo Airport Ratmalana as a city Airport allowing it to accommodate International Corporate Jet Operations in addition to the Domestic Scheduled/Charter Flights and the main training domain for the whole arrays of aviators ranging from Pilots, Flight Dispatchers to Aeronautical engineers.

To facilitate the development requirements of the airport, the existing terminal building has been converted to facilitate planned international operations at a minimum cost. Further, an extended passenger boarding gate has been constructed (Located at the old terminal building area towards the airside) to enhance the passenger experience. The infrastructural facilities of the existing and the new extension to the current terminal will facilitate all the basic requirements of an international airport. The new development of the terminal will facilitate services such as mini duty-free, banking, restaurant, taxi, hotel counters, and other basic passenger services. Other major infrastructure development projects such as, the construction of the apron area and the Eastern taxiway have been completed successfully. With the development of these projects, an overall increase of 50% in airport operations is expected. The airport access road development was initiated in collaboration with Road Development Authority (RDA) to facilitate convenient travel for passengers. The road has been overlaid and developed with the latest standards to provide easy and fast access to the Colombo International Airport Ratmalana.

All infrastructural development projects and enhancement of operations have been conducted and facilitated in compliance with international standards and under the guidance and approvals of the respective regulatory agencies.

Major General (Rtd.) G. A. Chandrasiri, Chairman AASL stated that the strategic location of the airport with proximity to government institutions, embassy offices, prominent business centers, luxury hotels, luxury apartments, condominiums, and shopping malls etc. will enhance the strategic value of the airport. Furthermore, commencing international regional flight operations to the Maldives will contribute immensely towards the development of the airport and the aviation industry of Sri Lanka. With this new development and long-term strategic goals of AASL Colombo International Airport, Ratmalana (CIAR) will work closely with domestic airline operators, relevant ministries to uplift the airport status and contribute to the socio-economic development of the country.

Ms. Deirdre De Livera, Director AASL for Domestic & Regional Airports CIAR/JIA /BTIA & CATD, said “While we are developing new connections with new markets with Maldivian Air, we are in the process of continuing dialogues with other regional airlines to facilitate the commencement of flight operations from Colombo International Airport, Ratmalana to other prospective destinations in South-India and Bangladesh. Further, Ms. Livera stated that the airport will be developed and positioned as a gateway for a new experience for both Sri Lankans as well as international travelers. Adventure and leisure-seeking enthusiasts could use CIAR as a new gateway to experience the diversity of nature, culture, wildlife and beaches of Sri Lanka by reaching any destination conveniently saving ground travel time.”

Under the strategic initiative to develop the domestic aviation industry, CIAR has introduced charter and scenic flights directly from Ratmalana to any of Sri Lanka’s 20 airports including waterdromes thereby connecting to any part of the country within a short travel time.  As a part of this initiative, the concept of joy rides has been introduced at CIAR and BTIA in collaboration with domestic airlines.

With this new development and long-term strategic goals of AASL, Colombo International Airport, Ratmalana (CIAR) will work closely with domestic airline operators, and relevant ministries to uplift the airport status and contribute to the socio-economic development of the country.

The co-existence of the Colombo International Airport, Ratmalana with its community since its inception and the renewed hopes for a new era with its growing strategic significance along with the emerging port city development project, High-End Tourism and business travel needs of High Net Worth Individuals (HNWIs), the airport will fly to new heights of the aviation industry of Sri Lanka.