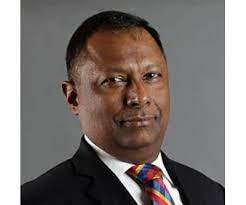 Mr Suresh Subramaniam, the President of the National Olympic Committee (NOC)  of Sri Lanka in conversation with thesundayreader.lk sports correspondent Samatha Hewabandula last week, showcased confidence in making world class athletes if the required support is extended by all other stakeholders in Olympic sports.

In a brief question and answer session, the following were highlighted:

Q. How did you become the President of the Sri Lanka Olympic committee for the 2nd time?

A. there was an election process that took place and I did hold elections even before the due date and during my period in office I had taken a lot of steps in the right direction with which we as an organization did a lot of development. In fact,  there were some bogus allegations about accounts of the federation which I was able to prove that those were false allegations. There are 34 sports bodies that are with us and it is they who decided to appoint me to this position again. I also have my other private business that I need to attend to but when the time comes to leave this office I will make sure that I have implemented a good system with which the federation can work and bring positive results to the country.

Q. You had mentioned before that you will bring in a system that will develop athletes so that we will have more medals at international level. What action have you taken in that context? Have you lined up athletes to implement what you have in mind?

A. If we are to win medals we need to make a programme with the involvement of the Olympic committee of Sri Lanka, the respective sports bodies and the Sports ministry. Also we need the coaches of the athletes and even their parent’s involvement too, to formulate a good programme. If not it’s not possible to do a flawless programme. Without a collective effort we cannot win medals.

Q. You have said that this needs team work. Don’t you get the support of these entities that you did mention before?

A. Now we are working together but sometimes there are people who do not give that much of preference to these but I check on these on a daily basis so that even if there are issues I can sort them out, but if you look at the respective sports bodies we have seen some officials that don’t give that munch of effort but eventually I have been able to motivate them and get the results the committee needs to a certain extend. Although there is no salary that is paid to me for what I do on a daily basis, I give the required leadership as the President of the National Olympic Committee of Sri Lanka and do what is needed to be done. All others too must support and it is only then that we will be in a position to win medals and bring glory to our country in sports.

Q. What is the main responsibility of the National Olympic committee?

A. Actually our responsibility is to look after the athletes who are of international stand and see to their training and such from the time they reach that level and we cannot go to the villages and find such athletes. That is not what is expected off the National Olympic committee. Such are the responsibilities of the Ministry of sports and the ministry of education in my view.

Q. Commonwealth games are being held this year, what preparations have we for that?

A. To be frank during the past we have been only able to win medals in Boxing and weight lifting, the rest only took part and that’s not good enough we need to bring medals. Having said that, everyone cannot bring medals so we need to identify the games that could bring medals and give priority and prominence / support to those games.

Q. Does the Olympic Committee have a sponsor?

A. Yes we do have and we have ‘Chysbro. who is sponsoring the junior athletes and each month they spend Rs 50,000/= per athlete for their training and such. We have a pool of 24 athletes and they have shown good progress.

Q. Some say that the Olympic committee gets a lot of funds but you don’t do anything much with that?

A. Can you please tell me from where we get such monies as the International Olympic committee does not give funds that way. For specific athletes yes, we get funds but as a federation we don’t get any funds. We get funds form sponsors and the NOC is run through such funds managed by our team at NOC.

Q. Then why are people so interested in getting into the federation?

First time when I was nominated, It was Mr Rohan Fernando too was nominated and there was voting that took place to find the person for the chair, whilst Mr Rohan Fernando was a recognized sports personality the federations chose myself and that was how I got appointed. I guess it may have been for what I did for the national Tennis association.

Q. Do you think that you will be able to get more international medals during the next 3-year period that you are going to be President?

A. I will try my best to bring a medal like how Susanthika brought and if I get the support of the Sports ministry, the Federations and other stake holders, I am confident that Sri Lanka can expect such performance in the future.