The Konya Chamber of Commerce, founded in 1882, is one of the leading Chambers of Commerce in Turkey. Konya, which is one of the oldest settlements of the history of humanity by having served as the Capital of the Anatolian Seljuk, was once known as the most trading and accommodation center of the historical Silk Road.

Konya is geographically the largest city and six largest city of Turkey in terms of population. It is famously known for its agriculture as well as the wealth of archeology. However, recent developments show that Konya’s image is changing from that of an agricultural region to an industrialized one. This is driven by new investments as well as the impetus coming from the traditional agriculture.

Among the developed sectors in Konya, automotive sub-industry and machinery industry are on the lead. Agricultural tools and industries such as machinery manufacturing, casting, plastic paint and chemical, construction materials, paper and packing, food and shoes are the other advanced sectors.

The Ceylon Chamber of Commerce have signed 138 MOUs with various leading Trade Chambers and Trade Promotion Organisations overseas to promote trade, investment and tourism between the two respective countries. 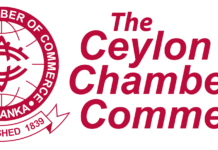