Pope Francis and the grand imam of Egypt’s Al-Alzhar Sheikh Ahmed al-Tayeb on Monday met in Abu Dhabi, embraced each other and called for peace. The two religious leaders signed a statement with their hopes for world peace and human understanding.

The document was signed in the name of “all victims of wars, persecution and injustice; and those tortured in any part of the world, without distinction”.

It said: “We resolutely declare that religions must never incite war, hateful attitudes, hostility and extremism, nor must they incite violence or the shedding of blood.”

The grand imam of Egypt’s Al-Azhar mosque and university, called on the Muslims in West Asia to “embrace” local Christian communities while telling the Christians that they are “citizens of this nation with full rights and responsibilities”.

“Continue to embrace your brothers the Christian citizens everywhere, for they are our partners in our nation,” said the grand imam, who is the highest seat of learning in Sunni Islam.

Pope Francis also called for full religious freedom in the Muslim- majority region, where restrictions are placed on non-Muslim expressions of faith. To promote “concrete paths of peace” people of different religions will have to come together, he said.

The pontiff also flagged the dangers of “fake news” after the boycott of Qatar by Bahrain, Egypt, Saudi Arabia and the United Arab Emirates. The crisis had begun after Qatar’s state-run news agency was hacked and fake items were published.

Sheikh Ahmed al-Tayeb had also hosted Pope Francis in 2017 to improve relations between Catholics and Muslims.

Pope Francis’ 40-hour visit to Abu Dhabi culminates on Tuesday with the first-ever papal mass on the Arabian peninsula — a gathering in which 135,000 people are expected to participate in a never-before-seen display of public Christian worship in the region. 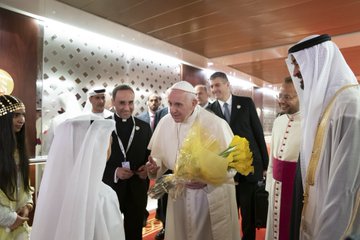 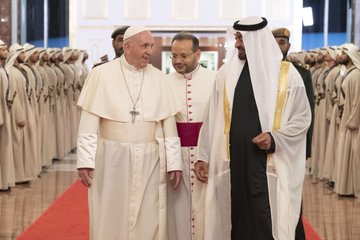 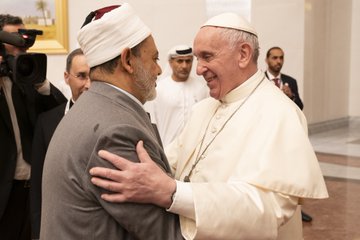 2,301 people are talking about this

Also read | Pope endorses an app, asks people to click to pray with him

Also read | Pope Francis can twirl a football better than you. See for yourself

Sands Active to invest US$ 10.1M in pharmaceutical plant

Adidas is turning plastic ocean waste into sneakers and sportswear

International news Lin J - 2020-01-19
0
As far as impressing your potential new boss goes, discovering a planet on day three of your internship at NASA is up there. That's what...

Business Lin J - 2020-01-19
0
After just over a year in the market, Softlogic GLOMARK stretches its presence further in the Sri Lankan Modern trade sphere spreading inspiration amongst           ...

Meet the NASA intern who discovered a new planet on his...