From surging health trends to hidden veg and Burmese cuisine, this is going to be another rollercoaster year in how we cook, shop, drink and eat at home and in restaurants. 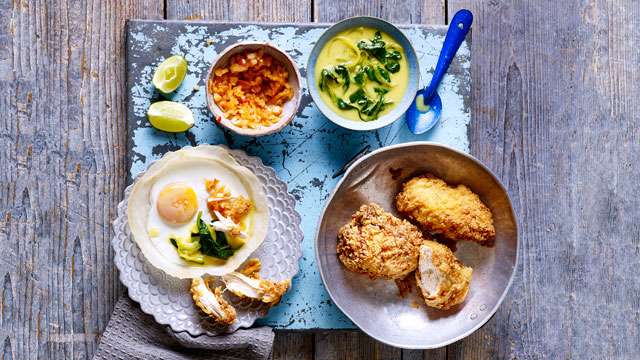 ‘Before, Sri Lankan was lumped in with Indian cuisine but now, we’re not having an “Indian” anymore. It’s recognised in its own right,’ says Emma Weinbren, food trends editor at retail magazine The Grocer. 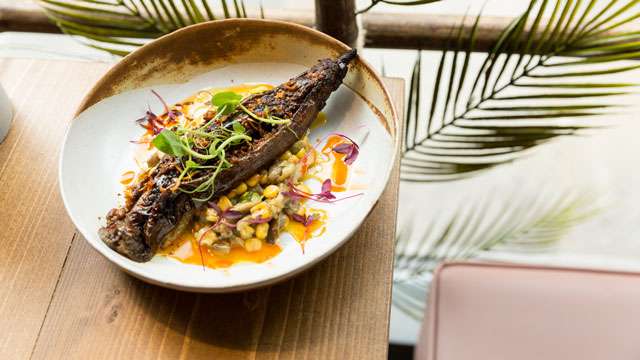 Britain’s attitude to meat is changing dramatically. When Marston’s pubs are serving a ‘bleeding’ burger, and restaurants as varied as Gauthier Soho and the Hackney chippy Sutton & Sons are in various stages of turning vegan, clearly something seismic is happening.

According to data seen by M&S (poised to launch a new range of vegan ready meals and on-the-go options), 3.5 million people now identify as vegan, 20% of under-35s have tried veganism, and 25% of our evening meals are now meat-free. ‘It’s no longer niche,’ agrees Weinbren. ‘And this isn’t just committed vegans but people saying, ‘I want to cut down my meat intake.’ This growth in plant-based eating, says Good Food wine guru, Victoria Moore, is also causing major retailers to increase the number of vegan wines they stock. ‘It’s all down to the fining agent,’ explains Moore. ‘Some are derived from fish or dairy products.’ 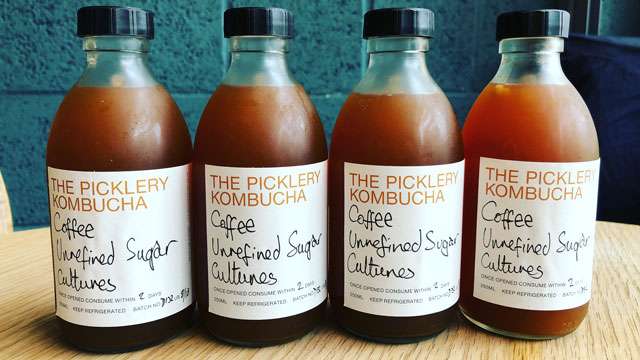 Sales of Lakeland’s kefir kit are ‘flying’ along with M&S’s kombucha. ‘As customers come to understand the positive in influence of bacteria on gut health, the global fermented drinks market is in huge growth,’ reports M&S food trends insight manager Helen Arpino.

Ocado buyer India Moore says, ‘We’re seeing exciting products made using misshapen fruit and veg that would otherwise go to waste, such as crisps and hummus. Eco-friendly searches on ocado.com leapt 93% last year, and we can see this “rescued food” trend gaining momentum in 2019.’ Get inspired with our ideas for homemade vegetable crisps.

Good Food also loves the bars pushing ‘green’ drinks, including cocktail expert Ryan Chetiyawardana’s ‘explorations in sustainability’ at London’s Cub and Dandelyan and barman Jack Wakelin’s use of ‘tasty garbage’ at Sheffield’s Public – for instance, cordials made from used citrus. 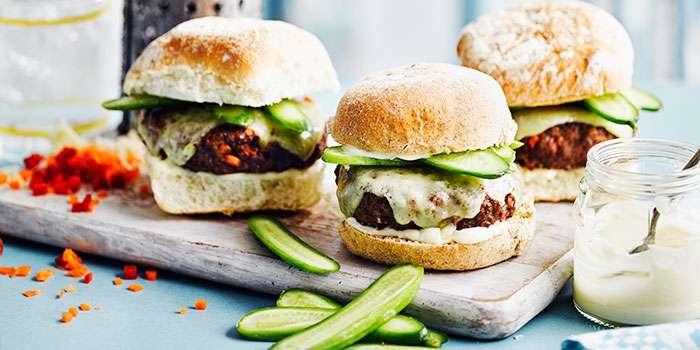 Gato & Co puddings (that use vegetables to reduce refined sugar content) and Dr Oetker’s new Yes, It’s Pizza vegetable-dough bases are indicative of how many people are keen to cut down on carbs and increase their intake of vegetables – but without forgoing life’s indulgences. You can expect to see more hidden vegetable products in 2019.

If you’re looking to sneak more vegetables into your child’s diet, see our best hidden veg recipes for kids.

Rum is coming up fast. Millenials are particularly partial to barrel-aged, small-batch craft rums, fine rums from traditional Caribbean makers and now, British rums from, for instance, Essex’s English Spirit. ‘Whether you like it strong or sweet, prefer the harshness of white spirit, or dark rum sipped neat with ice, or a golden rum and coke, it’s one of the most accessible spirits,’ says Nicholas Robinson, food and drink editor at bar magazine, Morning Advertiser. 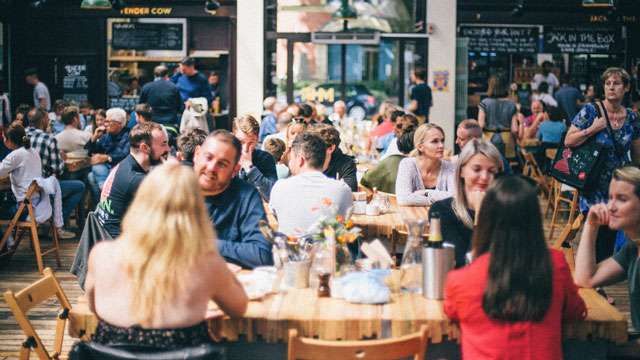 Fittingly, given that it kick-started the craze for communal dining halls serviced by multiple kitchens, Altrincham Market House (@MarketHouseAlty) – which also runs the Mackie Mayor in Manchester – will open a third food hall in Macclesfield this year. In London, Market Halls are set to open Britain’s biggest on Oxford Street, in the former BHS building, while others are being developed in Stockport, Sheffield, on the Wirral and beyond.

9. Eating where you shop

We’re increasingly eating and shopping in the same place, from butcher-bistro hybrids, such as London’s Hill & Szrok and Tom Kerridge’s Butcher’s Tap in Marlow, to spaces that blend deli-shopping with bars and dining, like Bowland Food Hall in Clitheroe and Eataly, opening in London in 2020. 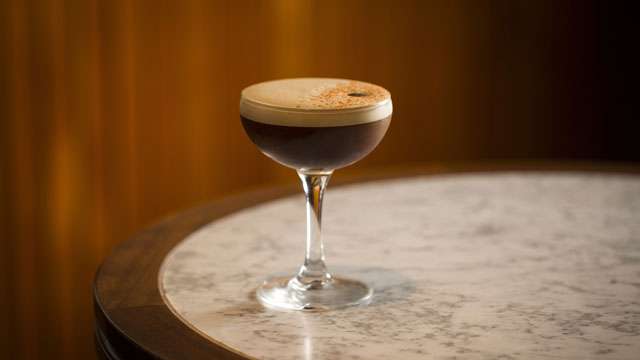 From sub-0.5% ABV craft beers (check out Big Drop Brewing Co.) to serious mocktails (try the Dry Monsoon Martini from Dishoom), younger Brits are dialling-down their alcohol intake. No- or low-alcohol is set to grow in sophistication.

Bars, coffee shops, casual restaurants and even food stalls are increasingly (and controversially) going card-only. In Manchester, Takk and Öl are cash-free, as are Bristol’s The Athenian and Aberfeldy’s Habitat Café. This could become a huge surge in 2019. 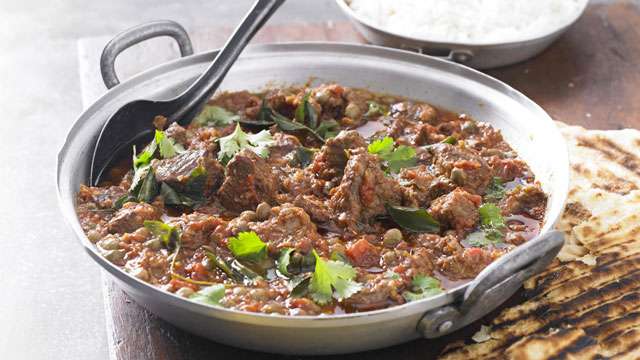 Last year’s Goatober campaign – aimed at stopping the waste slaughter of male billies in the goat dairy industry – went global. The solution? Get more goat meat on menus. Try it at London’s Gymkhana or Manchester’s Creameries, and expect to see more of this versatile meat. 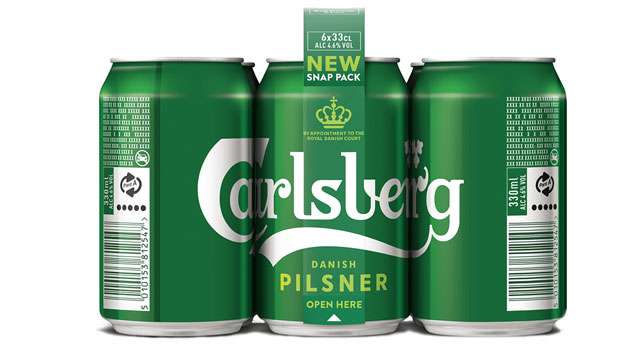 Waitrose & Partners are stocking two new organic Chateau Maris wines in recyclable cans, while Carlsberg is gluing its cans together to create an easily snap-able bond, which, it says, will remove 1,200 tonnes of plastic waste annually. Walkers crisps have joined with Terracycle to start a recycling scheme for all crisp packets while they work on making new types of packaging. Crisp packets are not collected by any recycling scheme at present – find out more here.

Waiting-on is usually a young whippersnappers’ game. But London restaurateurs Corbin & King plan to, at least, double the number of over-50s it employs to wait tables this year. With good front-of-house staff in short supply and Brexit looming, this could well become a ‘thing’.

SLAF construct a new Triage centre at base hospital Panadura

Defence Lin J - 2020-05-28
0
On the directives of the Commander of the Air Force, Air Marshal Sumangala Dias, the construction of a New Triage Centre adjoining the Base...

‘Election Commission to get new set of guidelines for election’

Political Lin J - 2020-05-28
0
The Director General of Health Services, Dr. Anil Jasinghe has said that a special set of guidelines for the general election will be handed...

Webinar on Sri Lanka Tourism and Way Forward on May 30

Tourism Lin J - 2020-05-28
0
The global pandemic of COVID-19 has pushed socio-economic structures into a standstill and has challenged globalization and global operations of enterprises. Businesses are yet...

SLAF construct a new Triage centre at base hospital Panadura

‘Election Commission to get new set of guidelines for election’

Webinar on Sri Lanka Tourism and Way Forward on May 30